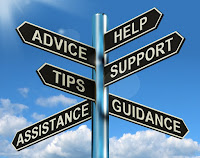 
Technology keeps advancing and drones are no exception. If you need aerial imagery for your commercial applications you've probably considered using drones or drone imaging service providers at some point.  Here's some tips to guide your decision.


Drones are lightweight and portable and can be deployed quickly to capture low altitude imagery. Drones mounted with cameras are ideal for commercial applications such as:


The appeal of getting a clear overhead image immediately can't be ignored. The drawbacks, however, make drones a poor choice for mapping large areas.


The higher costs to operate a fixed wing plane can be easily justified.
As an imagery collection specialist, fixed wing aircraft is the preferred method in most situations to capture mapping quality image data. Because fixed wing aircraft follow a planned and predictable flight path, and the images taken in rapid succession have overlap with adjacent photos in the sequence, the small change in viewing angle allows the imagery to be used for creating 3D maps of topography.


As with most projects, the quality of the imagery you start with is critical to the quality of the final product. For detailed mapping projects that don't require a large coverage area like site plans and design, quality is more important than speed.

To make life even easier, fixed wing aerial imagery is fast and easy to acquire for a small area and can cost as little as $50 through MapWarehouse for archived imagery that can be downloaded and ready to use in less than 10 minutes. Quality and speed together!