Real estate deals to die for?


Real estate is not for the faint of heart. Bidding wars can get outrageously expensive in Canada's biggest cities, and buyers in these hot markets often have to go in with no inspections or conditions, or even sight unseen to make their strongest offer. With all the competition, would you consider buying a property or living in a home knowing a violent crime had taken place in order to get a slashed price?

As with any home purchase, inspection or not, there's always a few... surprises, right? Stats show murder houses sell for around 3% less than an unstigmatized house. The current owners of the properties below must have got some crazy (in a good way) deals. 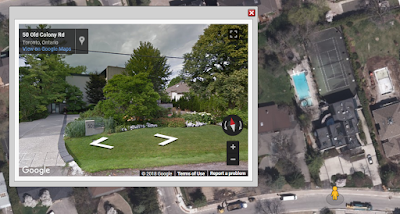 Paul Bernardo and Karla Homolka
57 Bayview Ave., St. Catharines, Ontario
This notorious twisted tag team occupied this mundane residential neighbourhood. The house was torn down and rebuilt with a new address to lessen the stigma in case a potential buyer ever Googles it.

Bandidos Massacre
32196 Aberdeen Line, Dutton, Ontario
The privacy of the countryside was the scene for this biker gang house-cleaning massacre. In time, the grass should grow back, covering the controversial landscaping choices so obvious in aerial imagery.

Michael Rafferty and Terri-Lynne McClintic
Woodstock and Mount Forest, Ontario
These unlucky home owners had no idea their back lot was the location of Tori Stafford's body.

Dellen Millard and Mark Smich
Ayr, Ontario
The remains of Tim Bosma were found in a cremation device called "The Eliminator," on Millard's family farm which is used to dispose of animal carcasses after he accompanied two men to test drive a truck he was selling.

Luka Magnotta
Apartment 208, 5720 DeCarie Blvd., Montreal, Quebec
The murder and dismemberment of Jun Lin at this address was videotaped by Magnotta and posted online.

Russell Williams
62 Cosy Cove Lane, Tweed, Ontario
This high ranking military man led a secret life of breaking into 48 neighbouring women's homes a total of 82 times to steal underwear, which escalated to rape and murder. His home is shown below.